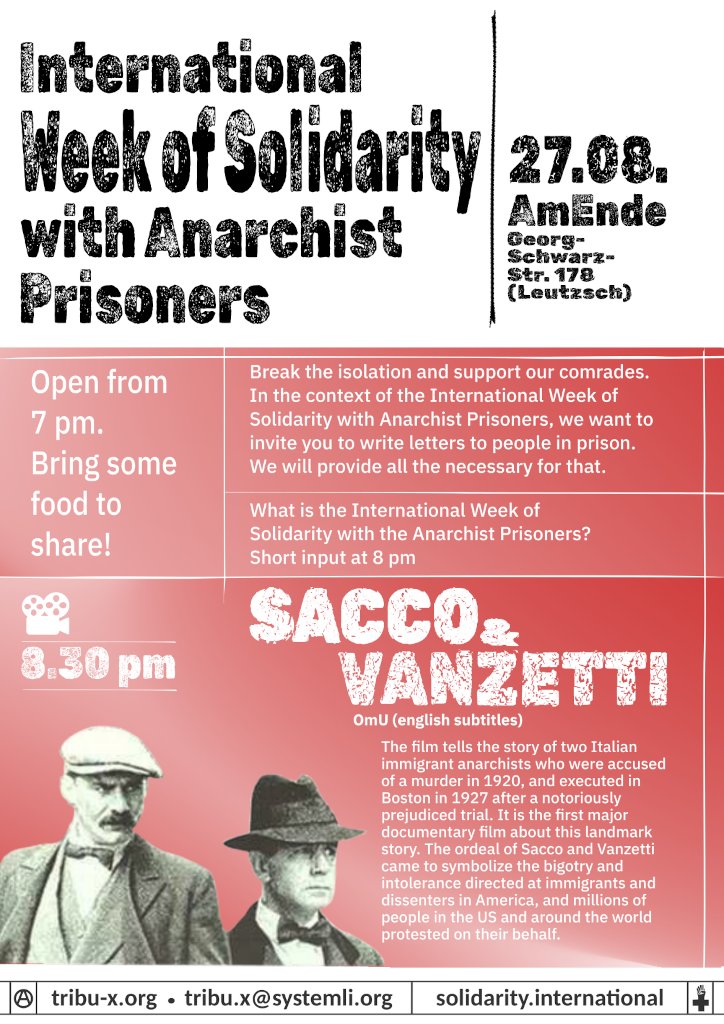 Following the call for the Week of Solidarity, we invite everyone to participate in this activity in remembrance of and in solidarity with all of our comrades in prison for fighting for a better, more humane world of freedom and equals.

“The film tells the story of two Italian immigrant anarchists who were accused of a murder in 1920, and executed in Boston in 1927 after a notoriously prejudiced trial. It is the first major documentary film about this landmark story. The ordeal of Sacco and Vanzetti came to symbolize the bigotry and intolerance directed at immigrants and dissenters in America, and millions of people in the US and around the world protested on their behalf.” 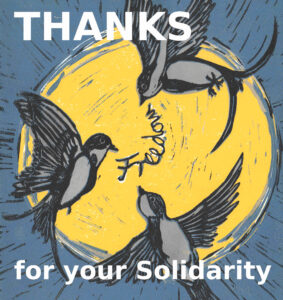 Thanks for your Solidarity for WOSWAP 2022 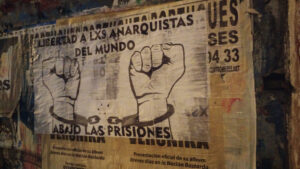 Montevideo, Uruguay. Expressions of solidarity and support for anarchist prisoners. 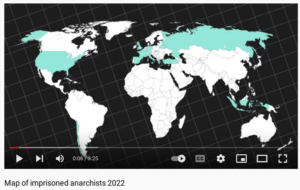