Report of the HAMR event on the soli week 2017

From 23rd to 30th August, 2017, the international solidarity week for anarchist prisoners was held for the fifth time. Helsinki Anarchist Black Cross (Helsingin Anarkistinen musta risti, HAMR) organised as a part of the week an event with a speaker, bingo and food on Sunday 27th. The speaker was Oleg Volin from Moscow and he presented the situation with anti-authoritarian prisoners in Russia. At the moment, there were 3 comrades in the prison two being recently released. After the presentation and questions time, there was a short update about the situation with the G20-arrestees. Then it was time for food and bingo!

With mouths and bellies pleased with salty and sweet stuff, the bingo started. Some people won nice prices like ABC support music CD’s, chocolate, pamphlets, buttons and everybody had very good time! After all this, couple of support cards for prisoners were written. With all this, appr. 160 euro were collected to Moscow ABC. 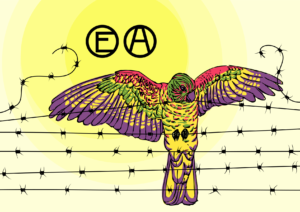 This was international week of solidarity with anarchist prisoners 2017 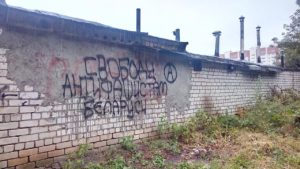